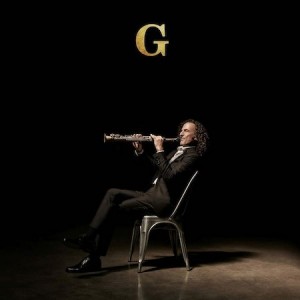 In his wholesome blandness, Kenny G (for Gorelick) has built a uniquely successful career around an inviting façade without a noticeable interior. Yet, for millions his Potemkin jazz village has stirred a loyal fervor that is oddly inverse to its placid emotional neutrality and indecision. One tries to comprehend how such an alternate jazz reality could capture such devout devotion. But one person’s reality in music can be unknowable to another. It’s called taste, and to each their own.

This CD, New Standards, is modeled on popular ballads of the ’50s and ’60s, but takes nothing specific from them, save a title here and there. We hear no familiar melodies, just a restful sensibility of the sound of the period filtered through Gorelicks’s 11 compositions. His “Milestones” suggests its inspiration nicely, though at a slower tempo and without the extended bridge of the original. Accompanied by piano, guitar and a feathery bed of discreet strings, his themes are simple and minimal, often little more than pivots between two notes with connecting grace strokes. Nothing to distract or disrupt from one’s daydreams.

And therein lies the point. There is really nothing to dislike or deride about New Standards. Its arpeggiated wanderings neither offend, upset, excite nor challenge. They’re a sedative in the honorable, if not honored, tradition of Jackie Gleason and Mantovani. But the press release persists in calling Gorelick a “jazz icon,” a claim that stokes needless controversy. And Gorelick, who claims no jazz stature, takes the heat in the crossfire.