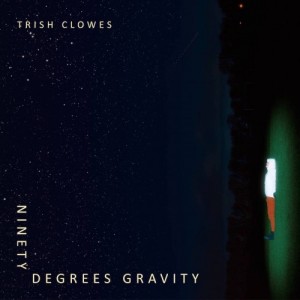 Since poet Henry Wadsworth Longfellow claimed that “music is the universal language of all mankind” in the early 19th century, the phrase has struck a chord with musicians and audiences. For tenor saxophonist Trish Clowes, it’s a utopian idea, a synonym for the act of improvisation itself.

For her fifth album, Ninety Degrees Gravity, Clowes takes this idea as her inspiration, prompted by Denis Villeneuve’s sci-fi film Arrival, which centers around human-alien communication. This all might sound too involved for a seven-track quartet record, but the result is satisfyingly restrained and engaging.

Tracks like “Abbott & Costello,” the names given to Villeneuve’s two nonverbal aliens, showcase a playful back-and-forth between Clowes’ ascending lines and pianist Ross Stanley’s interspersed keys—a question-and-answer phrasing if ever there was one. While “Free To Fall” and “Dustlings” are more spacious, each prioritizes the silence between phrases as much as the musical interjections.

When Clowes pushes far into the ether, though, her compositions become too fluid and lose their structure, as on “Arise” and “I.F.,” where the thread of meaning is obscured. Yet, the will to “speak” to the listener is ever-present. On “Lightning Les (Live),” Clowes displays her measured intensity, meandering around drummer James Maddren’s cymbal strikes and Stanley’s organ to create a beguiling 12-minute track.

Ultimately, listeners might not understand all of what Clowes tries to communicate on Ninety Degrees Gravity, but like any meaning worth heeding, it expands during each statement.