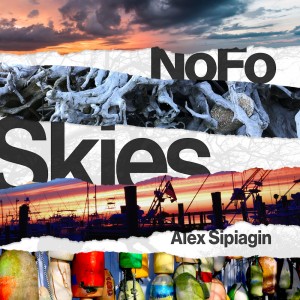 For the past few years, trumpeter Alex Sipiagin has led sharp three-horn groups whose interplay injects fresh vibrancy into his deceptively tricky tunes. In 2017, he released a sharp sextet recording of such conversations, Moments Captured. And recently, Sipiagin reassembled the troupe for NoFo Skies, an album focused as much on song, groove and feel as it is on spirited exchanges (with a couple of brief detours).

Those fast and intricately interwoven parts introduce the album on the uptempo “Rush.” Sipiagin, along with tenor saxophonist Chris Potter and alto player Will Vinson, blend elongated and staccato lines while framing keyboardist John Escreet’s electronic explorations as Eric Harland contributes fierce, yet understated, hip-hop influenced drumming. Such combinations define much of NoFo Skies. Potter comes across as sounding both aggressive and relaxed on the title track, while Sipiagin eases into high notes atop of Harland’s heavy accents on “Start Of ... .” On another upbeat piece, “Savoir,” Escreet seems to guide the horns’ multidirectional approach and Sipiagin’s warm tone. Still, the track’s coda would have been better with a firm resolution, rather than a fadeout.

Sipiagin abandons velocity for open spaces and minimalist arrangements on the abstract “Sky 1” and “Sky 2.” Ambient synthesizer and percussive effects drive these thematically connected tracks, which serve as quiet interludes between the harmonically complex instrumentals and vocalist/lyricist Alina Engibaryan leaning into contemporary r&b. She offers a low-key approach to these tunes with a breathy sound and subtle lifts, which sound particularly effective on “Recovery.” Sipiagin responds with similar upward movements that blend in with the ensemble.

On longer tracks, like “Shadows,” bassist Matt Brewer’s funk keeps the band from flying into the ethereal. When things get too calm, though, Sipiagin quickly turns everything around during surprising twists on “Between AM’s,” while Harland’s attack recalls classic Motown drummers like Richard “Pistol” Allen. Engibaryan’s words are unfailingly optimistic, while the music echoes her ideal.