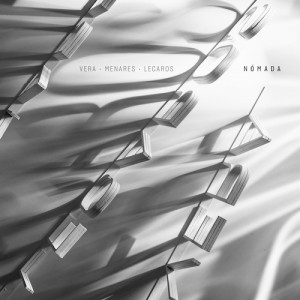 Thelonious Monk is an important touchstone for guitarist Nicolás Vera, bassist Pablo Menares and drummer Félix Lecaros. The trio has both recorded Monks’ works and performed them live, occasionally linking up with saxophonist Melissa Aldana to do so.

The trio’s cover of the 1954 classic “Work,” included on the ensmble’s Nómada, then should come as no surprise. While beautifully recorded and played—Vera’s guitar line delicately carrying the melody—this latest incarnation of “Work” is so controlled that it might strike some listeners as a bit anemic. Even when Menares’ bass solo starts, it’s so quiet, creeping in unobtrusively, that it offers no obvious shift in dynamics. It’s refined, academic, and most of Nómada runs in that vein.