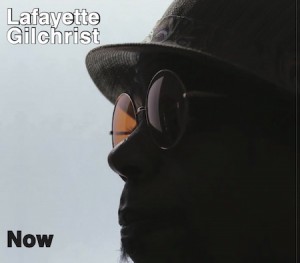 To appreciate Lafayette Gilchrist’s double album Now, usual expectations—tension-and-release or any sense of momentum—need to be suspended. In their place, repetition is the foundation, signaling that we need to listen more patiently than we might ordinarily.

This is not to say that Now lacks passion. Undeniably, it is powerfully emotional music, much of it inspired by recent and historic outrages that are sadly familiar to us all. And so the question becomes: Does Now deliver in return for what it asks? For many, the answer will be, not quite.

After a while, its repetitiveness can distract as the album unfolds. It’s difficult to ignore how “Bamboozled” boils down to one recurring four-bar chord sequence. Or how often Gilchrist’s linear inventions seem to wander without driving toward any resolution, as on “Enough.” There are technical issues as well, most notably a mix that downplays some very interesting bass work from Herman Burney or, especially on the first disc, Eric Kennedy’s wildly aggressive single-stroke snare fills.

Now demands at least as much as it gives. But many will feel its intensity, which is why it shouldn’t be ignored.