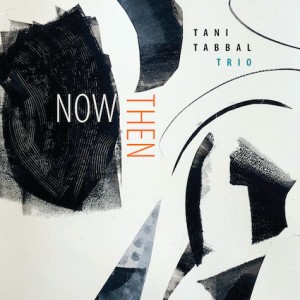 The title of Tani Tabbal’s latest album reads like an artistic prescription: Draw upon the past, but create in the present. It’s a fitting stance for someone who gigged with Sun Ra, went on to become an essential participant in Detroit’s avant-garde community and forged relationships with James Carter, Geri Allen and, most enduringly, Roscoe Mitchell. Now based in New York State, he’s self-released five albums, including two previous efforts featuring the trio on Now Then.

Adam Siegel’s alto saxophone is at the center of the kinetic title track, alternating high, overblown cries with low, punchy rhythmic statements while bass and drums blur past him. Bassist Michael Bisio’s “Oh See OC Revisited,” on the other hand, is a springy, graceful homage to the sound of Ornette Coleman’s mid-1960s trio. “Khusenaton,” which Tabbal named for a saxophonist he met through Sun Ra, offers a joyous melody and tumultuous rhythms recalling Arkestral chestnuts like “Watusi.” In a more direct salute to Saturn’s finest, Bisio carries the brooding theme of “Sun History Ra Mystery,” while Siegel contributes darting elaborations and Tabbal sustains a running commentary of swirling tom-tom patterns. Here and elsewhere, the musicians shift between leading and supporting with an ease that testifies to chemistry honed on the bandstand.