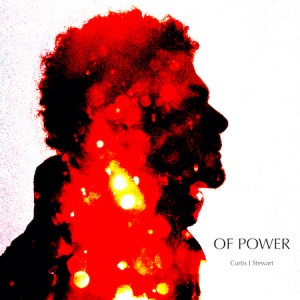 The year 2020 has been described as one of wide-scale awakening. But viral videos and tragic hashtags are not wake-up calls to the oppressed, they are relentless reminders of inequality. Curtis Stewart’s solo exercise Of Power is a tribute to the nauseating sensation of being haunted by those souvenirs.

Reworkings of material by a range of artists (including a notable adaptation of a Stevie Wonder composition) make up much of the album’s content. “After The Rain” is a radical modification of John Coltrane’s masterwork that somehow keeps the verve of the original amidst a dizzying ocean of effects.

Many of the spoken-word passages on Of Power read as jarring, stream-of-consciousness-birthed fever dreams. One compelling couplet is nestled within the coda of Stewart’s reworking of Childish Gambino’s “Stay Woke,” when he suggests, “The squeaky wheels get the grease/ But f**k the grease, I need a mop” to clean the blood spilled in police-involved shootings.

That accusatory sentiment gets a more explicit treatment on “#HerName,” which is written from the perspective of Breonna Taylor’s partner, Kenneth Walker, who was present during her killing in March 2020.

Of Power was mastered by Dave Veslocki and sound engineer Derek Linzy (who worked with Prince), but the vocals (and much of the balance of the tracks) have the off-mic sound of a low-quality voice memo with reverb. “Mangas,” a lovely tune, is marred by tinny distortion. It may be a stylistic choice, but exhausting to experience for a long period of time. But so is inequality.

Of Power: Louisiana Blues Strut–A Cakewalk; Improvisation On Paganini Caprice #11: Andante; Improvisation On Paganini Caprice #11: Presto; Scrapple; Lift Every Voice And Sing; 8:46; SHOOK–Sum1; StayWoke; Mangas–None; Magic Might; #HerName; Until The Glass Breaks; Beethoven2020; Our Past Is A Privilege; After The Rain; Don’t You Worry About A THANG; Isn’t She Lovely. (64:09)
Personnel: Curtis Stewart, violins, vocals and electronics.
Ordering Info: brightshiny.ninja