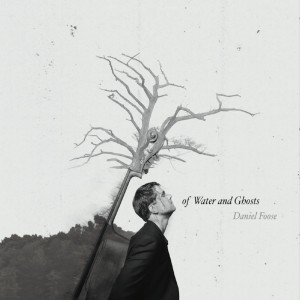 Double bassist/composer Daniel Foose’s ambitious Of Water And Ghosts can be absorbed on multiple levels, but musically, it’s a guitar/bass/percussion project with a string quartet that shares an approximate instrumentation with John Zorn’s Bar Kokhba Sextet—minus drums and with additional strings.

Knowing the conceptual narrative behind Of Water And Ghosts gives the listener an additional layer of appreciation. The title refers to the natural and perhaps mythical forces that are key to the Mississippi Delta, from where both sides of Foose’s family hail. Foose traveled to both locations to compose onsite, bringing his large instrument to its cemeteries, fields and roads. He’s included the GPS coordinates to where he penned each piece, so with programs such as Google Earth, one can see the exact location at which the compositions were written. DB