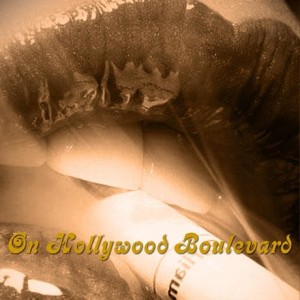 When DownBeat profiled Billie Davies in its May 2016 issue, the drummer was backed by a band called Bad Boyzzzz, but her current quartet is called A Nu Experience. And although Davies is a jazz drummer based in New Orleans, her new album contains a healthy dose of r&b and was inspired by a period of about five years when she lived on Hollywood Boulevard in Los Angeles. Six of the album’s seven tracks features vocals by Iris P, a singer with impressive range who is also adept at spoken-word passages. Davies supplies the electronic drums and percussion, joined by two musicians from Bad Boyzzzz: Oliver Watkinson (electric bass) and Evan Oberla (electric piano, synthesizer and trombone). The program doesn’t shy away from the darker elements of life on Hollywood Boulevard, with lyrics that allude to thugs, drugs, pimps and prostitutes. As a bandleader, Davies delivers an ambitious program that incorporates r&b-flavored vocals, propulsive bass lines, drum patterns with a swing feel, occasionally blues-tinged keyboard work, growling trombone, epic prog-rock synthesizer washes and brief bouts of hip-hop turntablism, all tied together with an improviser’s approach. Indeed, much of the album feels like improvised adventure, but that doesn’t prevent Iris P from injecting some memorable, repeated vocal hooks, as on “The Girl In The Window” when she sings about an “unreachable dream.”