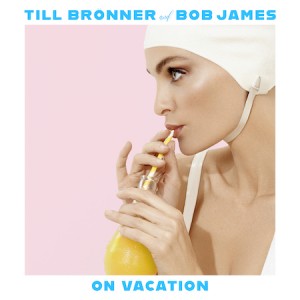 Sometimes, the circumstances of an album’s recording are incongruent with the circumstances of its release. Till Brönner, Bob James and a coterie of first-call players have issued On Vacation during a time punctuated with isolation and travel bans, when few people have the ability to partake in any sort of getaway.

So, is the album—recorded in the south of France during 2019—or the theme behind it a vestige of another time, simply tone deaf or another thing entirely: a well-played slice of fantastical escapism? Maybe it’s all three.

“Lemonade” attempts an effervescent bossa nova, but sounds like an inconsequential distraction. Brönner favors his flugelhorn over trumpet here, but his trills on “Save Your Love For Me” are painterly delights. Tracks like “Lavender Fields” elicit the laid-back vibe of James’ classic CTI outings. Hip-hop producers recognize that he’s a keyboardist with astonishing rhythmic sensibility, having crafted an outsized number of songs that have been sampled, including the sunny, steel drum-studded “Take Me To The Mardi Gras.” Unfortunately, that sensibility is underutilized here. The pulsing sunniness of “Mardi Gras” occasionally breaks through the clouds, appearing in the compelling interplay between the co-bandleaders on “Elysium.” But the moodiness of James’ work on classics like “Nautilus” largely is missing. It’s a sharpness that would cut some of the cloying sweetness that makes up most of On Vacation. Instead, what listeners get is an occasional musical rally, marred by intermittent drowsiness.