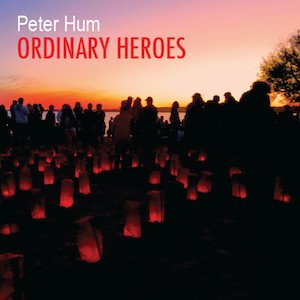 The opening tune, upbeat and strewn with intersecting melodic and percussive lines, belies its title—“Crises And Reckonings.” Rather than Hum composing a mournful, 12-bar blues to match the title’s tenor, “Crises” measures the ebb and flow of humanity as it faces pressing issues that will determine how human we all actually can be.

Trumpeter David Smith and tenor saxophonist Kenji Omae marry alternating melodic lines and stretch on their solos during “Cassandra.” Hum’s no slouch on the electric piano here, but he’s a composer who highlights the talents of the band, refraining from a solo until “Rabble Rouser,” a cut about midway through the album. His understated performance speaks to a need for inclusivity, restrained ego and an acknowledgment of each person’s capability and culpability in being an ordinary hero.

There’s not enough space here to point out all of the album’s highlights, but Ordinary Heroes could push Hum into the wider jazz consciousness.