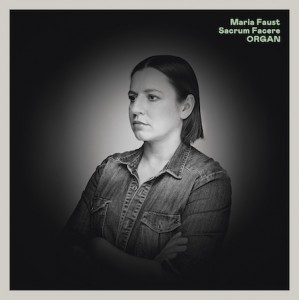 During the past six years Maria Faust, a Copenhagen-based saxophonist and composer from Estonia, has employed a practice she calls “memory analysis”—a mixture of collective memory, forgiveness, historical research and more innate recollections—to shape a series of conceptual projects that recast musical traditions of the past. Organ, her latest endeavor using the methodology, is built around the titular church instrument.

The recording was made using an organ and the reverberant acoustics of Tallinn, Estonia’s rebuilt St. Nicholas Church—which was destroyed during World War II—to shadow and collide with the lines of the six horn players in Faust’s ensemble. At times, the organ takes center stage, while elsewhere it provides dazzling counterpoint or ghostly harmony. Here and there, individual members of the group emerge to improvise, as on the biting, unaccompanied tenor saxophone solo that Ned Ferm unspools on “Nin.” But more often than not, the music is meticulously mapped out, allowing the grand edifice to become the focal point, letting the acoustic sounds occupy the space on compositions that move among ideas gleaned from sacred music, minimalism and slow-motion post-bop.