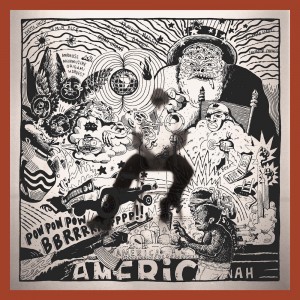 This might be the golden age for jazz string writing.

Where once violins were drizzled over arrangements like semi-classical ganache, albums like Vijay Iyer’s Mutations (ECM), Tyshawn Sorey’s The Inner Spectrum Of Variables (Pi) and Fabian Almazan’s Alcanza (Biophilia) have made the notion of a jazz/chamber music cross-pollination more than just some Third Stream pipe dream. And with the daring and original Origami Harvest, trumpeter and composer Ambrose Akinmusire takes jazz string writing to a new plateau.

When Akinmusire toured the Origami Harvest project prior to recording, the music was a “jazz/rap/classical mash-up,” in part to explain the presence of both rapper Kool A.D. and the Mivos String Quartet. But the music itself doesn’t really stitch jazz, rap and classical together. Instead, it repurposes elements of each to create something strikingly unique.

Given the eclectic ambition of Akinmusire’s earlier work, particularly 2014’s The Imagined Savior Is Far Easier To Paint (Blue Note), that shouldn’t come as a surprise. But even the exceptional power of that earlier work doesn’t quite prepare listeners for the audacity of what is to come.

For starters, Akinmusire manages to evoke a hip-hop feel without a bass player, often without even a bass line. Instead, he’ll rely on a rhythmic cadence that recurs—sometimes stated, sometimes implied—throughout the piece. For instance, “Miracle And Streetfight” opens with a clattering Marcus Gilmore drum statement, in which the tune’s basic pulse carries like a clave. When the rest of the band comes in, piano and string chords continue the rhythmic reference, while Gilmore, Akinmusire and Kool A.D. work contrasting elaborations. About halfway through the 15-minute epic, Walter Smith III’s saxophone enters, looped and overdubbed, simultaneously collapsing and telescoping the rhythmic ideas. That’s followed by a quartet sequence that expands the material both harmonically and rhythmically, which in turn sets up a churning, elegiac conclusion anchored by Akinmusire’s mournful, vocalized trumpet line.

And yet, as powerful as the trumpet playing is here, apart from the sly, snarky “Free White And 21,” Akinmusire often seems less a presence as a player than Gilmore, pianist Sam Harris or the string quartet. Where his genius most keenly is felt is in the writing, which not only presents a wealth of ideas, but deploys them with power, ingenuity and grace, and that makes this a harvest worthy of thanksgiving.