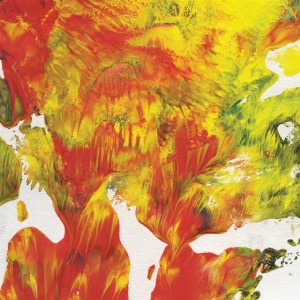 Our Cells Know, Dick’s sixth solo album and first in 21 years, is dedicated to the late Brooklyn-based music aficionado, patron and pianist Stephanie Stone. It is entirely improvised, produced in the moment without reference to conventions, constraints, studio processing or revisions. He plays only his contrabass flute, which stands upright more than six feet tall and has tubing as thick as your wrist.

Producing sounds—which can dip two octaves below middle C—requires more than usual exhalation. But Dick has no problem creating tones with an array of airy and earthy effects, which range from ghostly whispers and rippling runs to hums, flutters, pops and pure, octave-shifting pitches.

In recording, Dick’s aim was to let “the music speak as unselfconsciously as possible.” Each improvisation progresses with an intuitive, organic lyricism, so there are no recurring melodies or grooving beats. Instead we get an open-ended, highly personal program by a virtuoso tapping his innermost inspiration. It’s a quiet though probing album, satisfying as it is elusive.

Dick employs more of his instrumental arsenal on The Galilean Moons, his second collaboration of compositions and structured improvisations with his wife, pianist Ursel Schlicht. The two communicate empathically, usually in complementary counter-activity. Their bilateral support gives them the confidence to not only enter into but also sustain explorations of some very unusual soundscapes.

In “Tendrils” they conjure haunted house sounds, Dick using his special headjoint to sound like a guitar slide while Schlicht delicately strokes and plucks her piano’s insides. On “A Lingering Scene Of Eden” Schlicht evokes a more conventionally classical style.

The couple imagines topographies and atmospheres in the album’s titular four-part suite. In “Dark Matter” Dick utters babbling phrases on his contrabass flute, to which Schlicht responds spontaneously. “Life Concert” is a through-composed duet in two dramatic parts. The Galilean Moons is full of unusual musical ideas, artfully realized.