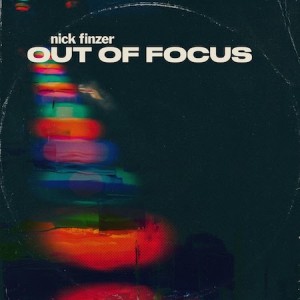 No one can say Nick Finzer isn’t resourceful. The trombonist spends much of Out Of Focus as a one-man band, but only three of its eight tracks as a lone voice. Elsewhere, he works with multiples of himself. Ellington and Strayhorn’s “The Star-Crossed Lovers” is here arranged for five trombones, all of them Finzer; on “Mood Indigo,” he is 14 out of 15 in the arrangement (with Jennifer Wharton taking the bottom end).

Conceived during the COVID-19 pandemic, Out Of Focus finds Finzer taking leave of his composerly side and doubling down — in more ways than one, obviously, on his playing. Of course he’s still writing, having arranged all these tunes, but it’s his execution of the writing that matters. It’s unclear how many layers he’s put on Kenny Garrett’s “Sing A Song Of Songs,” but there are at least four trombones (one of them Reginald Chapman on bass) and their interplay is as splendid and joyful as if it were live and improvised. It’s even more beautiful (if not as ambitious) as the multitudes of “Mood Indigo” — wherein three of Finzer’s voices each solo. Perhaps the unaccompanied renderings of “Laura,” “Judy” and “Single Petal Of A Rose” also seem unambitious by comparison, though let’s give credit where it’s due: They’re splendid performances that give Finzer nowhere to hide.

Given all of that, the two pieces with a conventional trio — pianist Xavier Davis, bassist Jay Anderson and drummer Quincy Davis (who also appears on “Sing A Song Of Songs”) — seem beside the point. They’re perfectly nice, especially the tu-way-pocky-way setting of “Stardust.” Out Of Focus, however, is an album for trombone lovers.