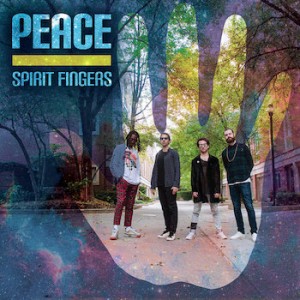 On its own, the group’s music is similar to its 2018 debut: a taut, lyrical style of fusion that falls somewhere between Return To Forever and solo Jean-Luc Ponty. However, Spirit Fingers is doing a lot of new things this time out, assisted by a clutch of guests: Baby-voiced singer Judi Jackson appears on four tracks, of which the quiet storm-ish “Goodbye” is the best. “Cokes With Gregs” is a sharp-edged, hard-driving jazz-rock piece where guest altoist Greg Ward wails and emits speedy, post-bebop runs. But it’s really drummer Mike Mitchell’s show: He’s assaulting the kit like it’s done him some personal offense, playing a beat so complex it’s like an endless solo. Spero leaps and crashes around the keyboard, sometimes seemingly anchoring the music, while other times he attempts to shove it off course. Spirit Fingers does quite well by themselves, of course. On “Earthbound,” the group lays down a thick, syrupy dub rhythm, with Spero’s piano heavily reverbed and Mitchell’s sharp, precise strikes repeatedly cut off, vanishing into echo; Gerl’s bass is frenetic and intricate, but never bounces out of the groove.