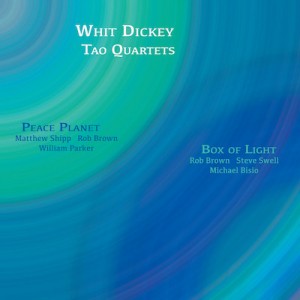 The relationships among players on Peace Planet can be measured in decades. The ensemble nearly duplicates the mid-1990s David S. Ware Quartet, and that band’s late leader is honored by one of the album’s five tracks. While bassist William Parker and pianist Matthew Shipp guarantee a certain familiar density, saxophonist Rob Brown is far more bop-derived than Ware. Box Of Light doesn’t correspond as closely to Dickey’s previous ensembles, but the music feels eager, as though the musicians can’t wait to tangle. Brown and trombonist Steve Swell have a duality of their own, with the former playing quick and complex and the latter working in broader strokes. But it’s Dickey who shapes it all with blossoming cymbal bursts. Whether he’s elaborating upon past work or carving out a new sound, Dickey puts great trust in his musicians. The selection of personalities here is the score.