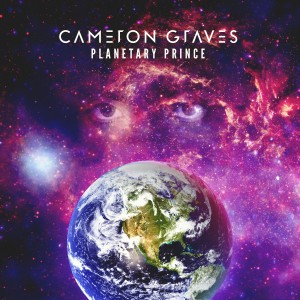 In 2015, Kamasi Washington, the powerful saxophonist who brought the West Coast Get Down to critical attention, unleashed The Epic, a daring three-CD set that, like this album, busts genres. Now Washington’s main keyboard man, the virtuosic Cameron Graves, unleashes Planetary Prince, an ambitious foray into the mystical and the extraterrestrial.

The album title derives from The Urantia Book, a 1955 publication about the “master universe” that builds on the “world’s religious heritage,” according to the Chicago-based Urantia Foundation. Planetary Prince expands on a four-track EP Graves released in 2016.

Graves is a master, laying intricate melodic lines over driving drums and cymbal chokes. “Satania Our Solar System,” the opener, is devilish, like “El Diablo,” a distant relative of “Caravan,” Juan Tizol’s signature piece for Duke Ellington. The music continues through permutations to form a suite rich in repeated yet varied motifs. A war between good and evil is at the heart of this otherworldly and exhilarating recording, and if the production verges on the overblown at times, the excess is far more glorious than wretched.