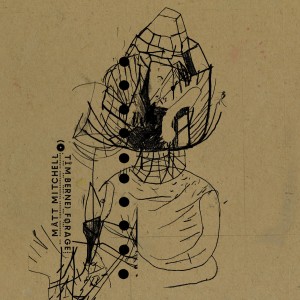 It’s no secret that pianist Matt Mitchell possesses a computer-like mind, one that’s able to rigorously internalize, process and assimilate musical information. Aside from leading a few of his own projects, Mitchell has become one of New York’s most trusted and versatile sidemen, turning up in bands led by Darius Jones, Dave Douglas, John Hollenbeck, Anna Webber and Rudresh Mahanthappa, among others.

Mitchell’s other key collaboration over the years has been with saxophonist Tim Berne’s Snakeoil, a band that translates the leader’s dense, labyrinthine compositions into rich explosions of polyphonic derring-do with a mixture of grit, soul and stunning lucidity. Mitchell deserves much of the credit for his skill at parsing Berne’s knotty vision. On Plays Tim Berne: Førage, he takes that skill to one logical end.

Mitchell rifled through Berne’s voluminous catalog of pieces—some that he helped shape on the original recordings, and some from years before his stint in the band—and interpreted them for solo piano. Rather than simply transcribe the saxophonist’s themes, however, Mitchell grabbed on to terse snippets, sometimes from several different pieces, and recomposed them into new works.

Berne’s music is notorious for its churning, rhythmically fierce intricacy, and Mitchell’s dexterity allows him to play some of it at hyper-manic speeds. “ŒRBS” breathlessly breaks up chunks of tunes from Snakeoil’s 2013 album Shadow Man, recapitulating the opening section he himself originally played on “Socket.” Mitchell clearly admires the source material, and he recasts it brilliantly, but his dual mind as composer/improviser generates something all his own.