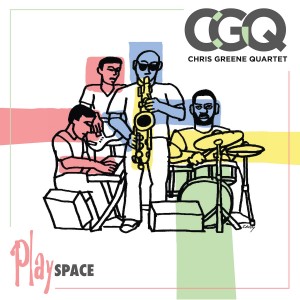 Greene’s surprising turnarounds come across immediately on his “Blues For Dr. Fear.” He remains a proud descendant of such ’60s soul-jazz saxophonists as Gene Ammons and Eddie Harris, both of whom, not so coincidentally, also had Chicago roots. Pianist Damian Espinosa’s “Thunder Snow” sounds both muscular and oblique through a series of sharply timed spaces. Alto saxophonist Marqueal Jordan—whose reputation might mostly be in smooth jazz circles—is brought onstage for a different kind of challenge on “The Crossover Appeal (Uno Mas).” Here, he engages in a fierce exchange with Greene, which shows off a welcome, and rougher, side to Jordan’s personality. The overall joy of their battle (another soul-jazz hallmark) is as vivid on disc as it was in the room that night.