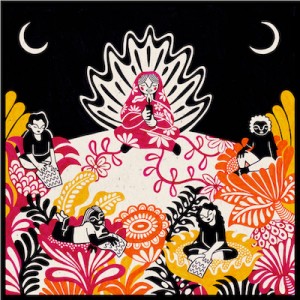 British trumpet and flugelhorn player Yazz Ahmed, who made a ton of “best of” lists with her 2017 album La Saboteuse, further establishes herself as one of the more creative new voices in jazz with Polyhymnia. She applies her buttery sound and firm command—think Kenny Wheeler—to a swirling mix of jazz, electronic music and Arabic scales. But this time she’s got a big band with a compositional palette and warm textures that recall Maria Schneider, and a powerful message, with each track dedicated to a female activist or collective. The halting melody of “One Girl Among Many” was inspired by the cadence of the Nobel Peace Prize acceptance speech given by Pakistani activist Malala Yousafzai, chanted here by 17 women. Ahmed takes a mathematical approach to “2857” (the number of the bus Rosa Parks rode), returning again and again to a crazy-fast piano arpeggio based on those numbers. “Deeds Not Words”—the slogan of the Suffragettes—is based on the sing-songy anthem “Shoulder To Shoulder” and features Ahmed riding high and lonesome over throbbing bass, like Miles Davis on Sketches Of Spain. Occasionally, the bandleader lapses into atmospheric clichés. And though the opener, “Lahan Al-Mansour,” inspired by the Saudi Arabian filmmaker Haifaa Al-Mansour, sets an in-the-bazaar mood, it feels a bit like movie music. But that’s a quibble. This is a first-rate, original album.