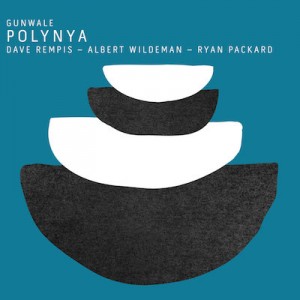 A polynya is an expanse of open water surrounded by sea ice, and it sets the stage for both life and death. Arctic explorers of yore got themselves into trouble when they mistook polynyas for unbounded ocean, but they are also breeding places for plankton and other sea creatures that form the foundation of oceanic food chains.

One supposes that saxophonist Dave Rempis, bassist Albert Wildeman and percussionist Ryan Packard, the Chicago-based improvisers who constitute Gunwale, had both nutrition and hazard in mind when they named their debut album. With scant CD sales and fewer touring opportunities, the 21st century looks like a pretty inhospitable environment for creative music. But if you can acclimate yourself, there are boundless riches in the chilly deep.

Rempis has had plenty of practice navigating such waters. He learned how to stay afloat during a long-standing association with reedist Ken Vandermark, which he began shortly after he graduated from college in the mid-’90s. Since then he has put those lessons to work in a series of collaborative ensembles and bands. He is an organizer as well as a musician, responsible for a weekly night of jazz and improvisational music at the Elastic Arts venue in Chicago. And in 2013 he founded the label Aerophonic in order to release his own music. But all of that fades away when you put on Polynya and reacquaint yourself with his strengths as a musician.

First, there’s his versatility. He can make quick, pungent statements and drive long, non-repeating improvisations that shift easily from swinging time to broken time to assertive acoustic funk, and then turn around and play hushed, meter-less passages that explore the atomic structure of sound.

Then there are his tone, full and raw around the edges, and his adroit phrasing; he articulates commanding ideas that capitalize on whatever is happening around him.

But Gunwale is a band, and Rempis is not the only reason to hear it. The other members are from a later generation of musicians who are not only versed in Rempis’ integration of hard-hitting free-jazz and non-idiomatic improvisation, but bring their own experiences in new music and rock as well as jazz.

The rough textures of Wildeman’s bowed bass and Packard’s sputtering, groaning electronics root the music only to have the stasis undercut by fleet, plucked lines and dense pile-ups of battered sound. In free improvisation, growth comes from exchange, and these musicians give as many ideas as they get.