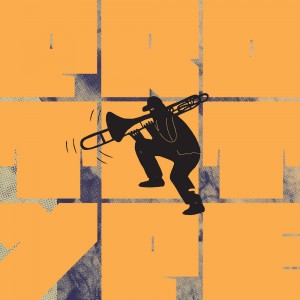 Reginald Chapman’s latest album, Prototype, is foundationally a jazz album that, with its brass-heavy push, recalls the second-line lineage of New Orleans, meshed with the funk-inspired grooves of ’70s fusion. But this Richmond, Virginia-born multi-instrumentalist’s resume, which includes stints with indie rockers The Mountain Goats and Foxygen, should reveal that this vibrant new collection—the first released under his own name—plumbs much deeper musical reserves than can be summed up by a single genre descriptor.

A primary influence of Chapman’s work, particularly his 2017 release under the name Pressure Fit, is hip-hop, and that certainly finds its way into Prototype. The sinuous “Hoodie” recalls the cut-and-paste productions of J. Dilla with drummer Corey Fonville hitting stutter-step beats that sound like slowed down samples, as horns and keys flow like viscous liquid around him. Chapman also shows the debt he owes to ’70s quiet-storm r&b on the seductive “Starting Now,” a swirl of electric piano, modular synth and rubbery bass. There’s even a touch of Autechre-like electronica found within the skittish grooves of album closer “Jebbish.”

Chapman’s spongy, pliable solos soak up the mood, reflecting and reacting with quick clusters of notes and smears of tonal color. And for an album that bears his name alone, the young musician subsumes his ego, sliding into a chorus of other trombonists and playfully nudging his cohort into the spotlight. Everyone rises to the occasion on Prototype with dauntless performances and ample heart.