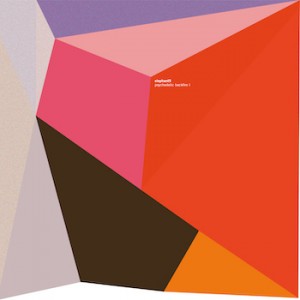 Jammy Oslo-bred fusion trio Elephant9, now more than a decade into life, offers up a pair of live recordings on Psychedelic Backfire I and II that seethe with aggression and recline with tranquility.

Revisiting its recorded past in a live setting at Oslo’s Kampen Bistro, the band dispatches six cuts on the first disc as a trio, with a pair of the tunes being revisited on II. But here keyboardist Ståle Storløkken matches patches of regal prog, as on “I Cover The Mountaintop,” with Soft Machine-esque jazz and psychedelia. “Actionpack1,” a tune off 2018’s Greatest Show On Earth, turns motorik, the ensemble’s drummer Torstein Lofthus flexing significant time-keeping acumen—and stamina.

Sometimes the setup doesn’t quite work, though: The version of “Habanera Rocket” on I sounds a bit thin and quickly descends into patchouli-scented aimlessness. With Dungen guitarist Reine Fiske in tow for a second version of the tune on II, the song’s quieter opening section better sweeps into a chunk of funky improv. Of course, hearing Storløkken unspool the ambient opening of Stevie Wonder’s “You Are The Sunshine Of My Life” might provide a more accessible port of entry. But even some of the knottier moments on both installments of Psychedelic Backfire make clear that there’s still some point of convergence in the psych and jazz worlds that are worth trying to pry open.