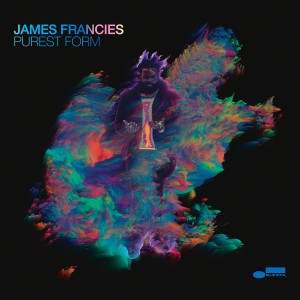 On James Francies’ second Blue Note album, the pianist doesn’t so much compose music as conjure fascinating nebulae of sound. Like Flight, his 2018 label debut, the sequel continues Francies’ research into music as an abstract language grounded in the stuff of everyday life — vulnerability, resolve, love.

Several of Francies’ peers from Flight return for this date. Bassist Burniss Travis III and drummer Jeremy Dutton play on most of the tracks, saturating them with rhythm, and vibraphonist Joel Ross and guitarist Mike Moreno guest on two tunes each. In creating his genre-agnostic compositions, Francies relies heavily on the fine titration of these relationships.

Take, for instance, “My Favorite Things,” the only non-original on the album. Francies’ arrangement of this Rodgers and Hammerstein standard shifts continually in meter and color, full of vivid exchanges between the players. Likewise, “Levitate,” Francies’ composition for trio, races meteorically through an acoustic section toward an electronics-charged conclusion.