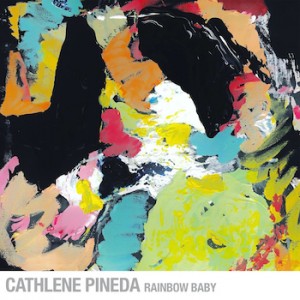 The emotional backing of California pianist Cathlene Pineda’s Rainbow Baby is startling. And even if somber, knotty compositions don’t hold sway over your listening habits, the courage to write music about such a personal experience should be recognized.

“‘1nine’ is about the birth of our second child, but also about the time surrounding that,” Pineda wrote in an email to DownBeat, after explaining that the phrase “rainbow baby” refers to a child born following a miscarriage, still birth or death during infancy. “Our daughter was born in 2019, in January (1-19), but on January 9th (1-9-19). [About a week] before she was born, my father had emergency surgery for a bleed in the brain and was in the Mayo Clinic in Minnesota, while I was stuck in California ... . He has since recovered very well, considering his age and his experiences. But that month of January was filled with an enormous swell of trauma [and] uncertainty, but also joy and celebration.”

The majority of Rainbow Baby comes off as a blue exploration of Pineda’s psyche; the music’s no less gorgeous or entrancing. And by comparison to the rest of the disc, “Carriers II”— which among the other sequences here might be heard as a contemplative air—works as a joyous-sounding interlude. Kris Tiner’s trumpet is perfectly suited to the moment. And as good as the band is—bassist David Tranchina and drummer Tina Raymond round out the quartet—Tiner painting around Pineda’s chords for supreme emotional affect across the album really is the most noteworthy feature of the music.

A pair of suites—Carriers and Wild Geese—ground the album, and give it a sort of cohesion that progressive-minded contemporary work so often lacks. It’s also a surprisingly easy recording to wade through, despite the subject matter, and again should remind listeners that L.A. boasts a pretty heavy scene. It’s just less concentrated, given the city’s sprawling reach.