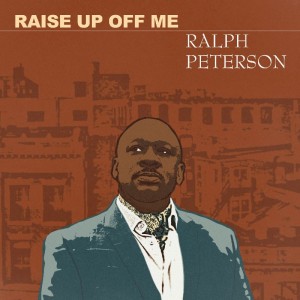 Here we have drummer Ralph Peterson’s 26th and final record as a leader. The album has been released on his own Onyx Productions label following his passing earlier this year. Peterson recorded this album in December 2020 with his working trio featuring brothers Zaccai and Luques Curtis on piano and bass, respectively. It represents some of Peterson’s best work, demonstrating his complete control as a percussionist, shaman, composer and bandleader. The album’s title track may be the album’s best. As one of many written in response to the murder of George Floyd at the knee of a police officer, the tune envelopes — without words — all the anger, chaos, angst and sorrow so many have experienced in trying to understand why this happened, and why it continues to happen. Peterson’s rhythms dart and dive in rapid bursts that convey uncertainty in trying to understand the situation. He pumps the bass drum to give life to the heartbeat of the man and this music. Zaccai Curtis plays in a pleading call-and-response fashion, with beautiful chordal and melodic passages tinged with just enough dissonance to express feelings of lament. Luques Curtis serves as the ears of the song, finding the space, listening and responding, acknowledging the anger with a calming “Amen.” There is much to like about this recording beyond “Raise Up Off Me.” The trio exudes a rare oneness that only comes with talent, time and great material. Peterson was an amazing drummer who could simply overpower most musicians. Not true with the Curtis Brothers. They prove to be up to the challenge of every Peterson-penned tune, such as the blistering “The Right To Live,” the intriguing “Blues Hughes” and the lovely “Tears I Cannot Hide.” Zaccai Curtis offers up his beautiful ballad “I Want To Be There For You,” full of heart and unexpected turns. And the trio takes joy in “Four Play” by the late James Williams, Bud Powell’s “Bouncing With Bud” and Patrice Rushen’s “Shorties Portion.” This might not be the very last previously unheard music we’ll get from the catalog of Ralph Peterson. But if it is, this is a perfect way to finish. His passing is a great loss to the jazz community, but his music lives on.