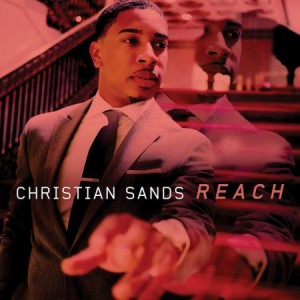 Sometimes when artists release their first leader project for a major label, the album serves as a calling card that tells the jazz world, “Here’s what I can do.” That’s the case with Christian Sands, 27, who was a finalist in the American Pianists Awards competition. His leader debut for Mack Avenue, Reach, showcases his significant talents as an imaginative composer, a clever arranger and a skillful technician with a fluid style. The album includes eight original compositions and two intriguing covers. Four of the songs are piano trio tunes—with bassist Yasushi Nakamura and drummer Marcus Baylor—and elsewhere the band is joined by guests Marcus Stickland (tenor saxophone, bass clarinet), Cristian Rivera (percussion) and Gilad Hekselman (electric guitar). Sands’ frequent collaborator Christian McBride, who produced the album with Al Pryor, contributes a brief but powerful arco solo to a rendition of Bill Withers’ 1972 hit “Use Me.” On “Armando’s Song,” Sands’ precise yet intricate piano lines reflect the influence of Chick Corea, who inspired the song. Sands pays homage to a couple of departed piano titans, Bud Powell and Herbie Nichols, with “Bud’s Tune.” The excellent track “Óyeme!” with its Afro-Cuban feel, illustrates some of the musical palette that Sands burnished while working with Bobby Sanabria. “Freefall,” which features electronic keyboard overdubs, has a futuristic vibe, illustrating Sands’ openness to experimental sounds. He concludes the album with a ballad, “Somewhere Out There,” which appeared on the soundtrack to the animated film An American Tale. Even listeners who find Linda Ronstadt and James Ingram’s duo version from 1987 to be too sentimental are likely to be won over by Sands’ arrangement, which offers delicate beauty, ominous moods and a satisfying conclusion.