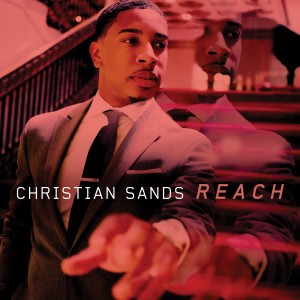 Christian Sands’ discography includes a lot of sessions led by drummers or bass players (the Christian McBride Trio’s Grammy-winning Live At The Village Vanguard being perhaps the most notable), and Reach goes a long way toward explaining why: In addition to being a technically adroit, harmonically sophisticated player, Sands is one of the most profoundly rhythmic young pianists in jazz today.

It’s not simply a matter of style. The idioms represented on Reach range from post-bop to Afro-Cuban to funk, and Sands’ playing is insistently rhythmic throughout. His solo on the Chick Corea-style Spanish exercise “Armando’s Song” doesn’t just build momentum off a furious stream of eighth notes, but further prods the pulse with jabbing left-hand counterpoint that adds almost as many accents as Marcus Baylor’s deftly kinetic drumming. “Gangstalude,” by contrast, swaggers in with head-bobbing confidence as Sands’ funky left hand lays down the groove beneath densely modal chords. Two completely different pockets, and both perfectly handled.

Sands’ left hand may be incredibly assertive on the Afro-Cuban “¡Óyeme!” but that’s in part because he’s able to build on the rock-solid pulse laid down by Baylor, percussionist Cristian Rivea and bassist Yasushi Nakamura, while a good chunk of the funk on Bill Withers’ “Use Me” owes to guitarist Gilad Hekselman. Still, it would be nice to have more of Marcus Strickland’s tenor on the album, to balance Sands’ rhythmic dynamism with a more vocalized lyricism.