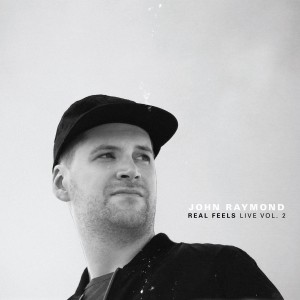 Following up the first live installment from Real Feels, issued back in 2016 on Shifting Paradigm, John Raymond, an Indiana University educator, reconvenes the convivial trio for a set that owes as much to the cool school as it does 21st-century resourcefulness.

Across Real Feels’ handful of recordings, a certain set of sonic hallmarks are reiterated: easy intensity, discernible rhythms without full-on swing and Raymond’s echoey harmonies. But something of a sonic peculiarity crops up on the second track, “Minnesota, WI,” opening with Gilad Hekselman’s brittle, mechanical guitar moves. While it’s a bit beyond what one might expect from a Raymond production, it speaks to the trio’s ability to graft on ideas from ensemble members, piling on bits of each player’s personality. Of course, Raymond quickly moves into the full-toned melody on flugelhorn, each note flickering against the backdrop, courtesy of Heksleman and drummer Colin Stranahan. A radical reworking of the troupe’s “Joy Ride,” the title track to its 2018 studio album, again makes use of Hekselman’s pedalboard. But the newly devised aspects of the performance have more to do with falling behind and jumping ahead of the beat than with electronics.

In a sly wink to the procession of time, Real Feels Live, Vol. 2 closes with a Bob Dylan tune, “The Times They Are A-Changin’,” marking some sort of generational and political shift when contrasted with an interpretation of Woody Guthrie’s “This Land Is Your Land,” which was sequenced toward the end of that first live recording. It’s a Midwesterner’s move, to be sure, lauding the folk accomplishments of the past, set within a musical scaffolding largely predicated on Hekselman’s processed tones, Raymond’s breathy take on the melody and Stranahan’s real feelings behind the kit.