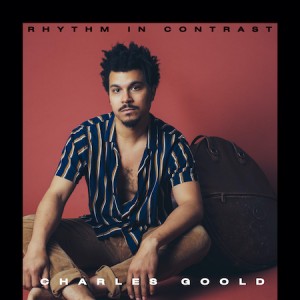 The intersections of hip-hop and jazz in drumming have been readily experimented with in recent years, thanks to the likes of Robert Glasper collaborator Chris Dave, Kassa Overall, Thundercat’s Justin Brown and Karriem Riggins. Jazz at Lincoln Center drummer Charles Goold now adds to this ever-expanding roster with his debut LP, Rhythm In Contrast.

Having begun his career playing with Wynton Marsalis and the formidable Jazz at Lincoln Center Orchestra, Goold went on to become a part of the live hip-hop circuit and toured with dextrous wordsmiths including Talib Kweli, Cam’ron and Ghostface Killah. As such, Rhythm In Contrast plays with knowing references to these formative influences throughout its 10 tracks, meandering from the unquantifiable swagger of rap rhythm to the freneticism of bop.

Opener “Sequence of Events” sets the tone nicely, as Goold’s solo Latin rhythms switch after a minute into a double time and herald a seamless interplay of lively solos from guitarist Andrew Renfroe and vibraphonist Steve Nelson. Following heavy-swinging numbers such as Joe Henderson cover “Caribbean Fire Dance” and “Nedistic” see Goold in similarly punchy form, confidently pushing his band through the head-nodding changes as flashes of hip-hop backbeats emerge through the triplet ride cymbal patterns.

These are an enjoyable 10 tracks but despite the record’s title, there isn’t quite enough contrast to turn them from satisfying into intriguing compositions.