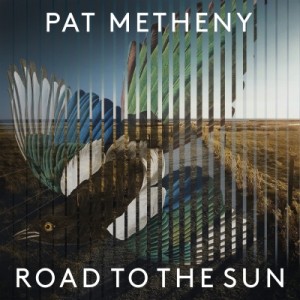 Pat Metheny’s latest, Road To The Sun, represents several departures for the individualistic guitarist-composer. First off, with this record he steps away from his longtime label at Nonesuch to join the recently formed Modern Recordings, an imprint of BMG devoted to jazz-classical-electronic hybrids. Then, he doesn’t play much on the album, turning his two lengthy, multipart compositions over to leading classical players to perform. He does reserve one track for himself, though—Arvo Pärt’s “Für Alina”—on which he plays his 42-string Pikasso guitar, the odd, cubism-inspired instrument that allows him to mobilize as many tones as possible in one sitting. Finally, there’s little here that qualifies as strict improvisation, so the album’s focus rests largely on Metheny’s nuanced writing rather than his virtuosic playing.

Jason Vieaux’s faultless delivery of “Four Paths Of Light,” a through-composed piece for solo guitar in four movements, reveals how exquisitely melodic Metheny’s approach to composition is—even the arpeggiated chords resound as a solitary line. So, it’s no surprise that the title track—his six-part opus for the Los Angeles Guitar Quartet—is just as singular in its impact. The four players (John Dearman, Matthew Greif, William Kanengiser, Scott Tennant) move so elegantly through the composition that, despite its harmonic richness, one voice comes to predominate—Metheny’s, offering his modern understanding of what classical guitar can do.

On the Pärt, too, Metheny upends assumptions, and not just with the eccentric guitar he uses to render the tintinnabuli style of the original piano work. Light and somber, Metheny’s playing captures the introspective mood of the original but leaves off the heartbreak—gravity doesn’t need to be so weighty.