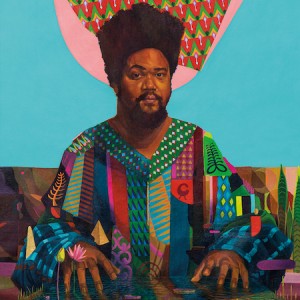 “A storm is blowing from Paradise,” wrote Walter Benjamin, who said that its gusts were so strong the angel of history could no longer close his wings as he backed into the future. Amaro Freitas’ music moves into the future with its eyes firmly locked on the mythical past. Sankofa is, of course, the backward-looking bird, a ubiquitous symbol of the search for roots as creative progress, roots that go down into the deep history of Brazil, once the world’s largest slave-owning nation, but also the one with the longest and stormiest narrative of rebellion. That’s the back story to “Baquaqua,” a tribute to a resister who escaped to antebellum New York and gained the skills to tell his unique story. Likewise, the deceptively light and floating “Vila Bela” evokes queen Tereza de Benguela, a Brazilian Boudicca who resisted the slavers for a whole generation.

Freitas’s unique piano style — to call it a hybrid of Abdullah Ibrahim, Thelonious Monk and Chick Corea doesn’t quite make it, but gets close — is apt to hypnotize, sometimes past the point where one recognizes any longer that this is trio music and that bassist Jean Elton and drummer Hugo Madeiros are as intrinsic to the sound as were Bill Evans’ “sidemen.” Together, they make music that can move from the full-hearted joy of “Ayeye” through the city-meets-the-forest strut of “Cazumbá” to the sheer warmth of a closing tribute to Milton Nascimento.

Freitas’ first two records, Sangue Negro and Rasif, came out to almost universal acclaim, but Amaro and his men are not content merely to surf on critical approbation. This record, equally patiently crafted, flies backwards into storm, with ineffable calm and unmistakable strength and determination.