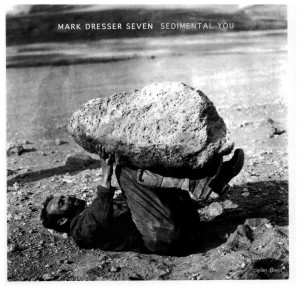 Veteran bassist Mark Dresser has delivered one of his most ambitious, profound and satisfying recordings as a leader with this superb septet—a group drawn from his long history in New York and his more recent stint as an educator in Southern California.

Jazz and improvised music often struggle to impart a particular political bent, but between the openness of the performances and some of the sharper titles cooked up by the leader— whether his dig at the hobby supplier in “Hobby Horse Lobby” or the self-evident mockery behind “TrumpinPutinStoopin”—there’s no missing his sly humor and progressive sensibility. But any such commentary has little to do with the power and inventiveness of the performances here.

There’s a wonderful cognitive dissonance at work, and in fact, the entire album thrives upon a tension between form and freedom, with a carefully engineered strain of displacement generating excitement.

The title track abstracts certain phrases from the standard “I’m Getting Sentimental Over You,” but with steadily shifting bar lengths and terse, wonderfully tactile stabs from the exciting young violinist David Morales Boroff and jagged flurries from flutist Nicole Mitchell, clarinetist Marty Ehrlich and trombonist Michael Dessen. But there’s no missing the empathic tenderness behind “Will Well,” which Dresser composed for the brilliant trombonist Roswell Rudd during a period when the veteran hornman was fighting an illness.