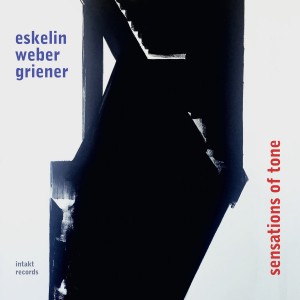 The name of this album derives from a 19th-century text on acoustics, but it also puts one of Ellery Eskelin’s virtues on the table from the outset. The sound he gets out of his tenor saxophone is luxuriant but
versatile, making equal sense waxing voluptuous in old ballads, darting across the broken ground of free improvisation or connecting the dots between the two. The two Swiss musicians who join him in this trio are similarly gifted. Like Eskelin, bassist Christian Weber celebrates the essential sound of his instrument. He eschews amplification, and every note invites you to savor the vibration of wood. And Michael Griener makes each stroke upon his drum kit stand out in relief while making sense as part of an immaculately executed expression of sound in motion.

The three men use their shared sensibilities to establish commonality between two varieties of material. Half of the performances are improvisations, free in execution but derived from hours of private practice that have established group values of formal elegance, sonic clarity and a ective power. On “Dumbo,” for example, adroit reed figures, complex bowed tonalities and lightly drizzling percussion evoke an eerie atmosphere, but there’s real solidity behind the mist.