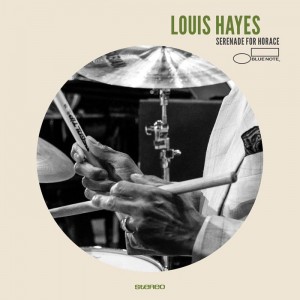 Having drummed in the original Horace Silver Quintet and remaining a close friend of Silver’s until the pianist’s passing in 2014, Louis Hayes certainly has the bona fides to lead a tribute session. But Serenade For Horace isn’t just homage paid to a jazz great; it’s also a testament to the vitality of Silver’s songbook.

Impressively, Hayes accomplishes this feat by focusing on the hard-bop end of Silver’s catalogue, rather than funkier fare. He underscores each tune’s structure with snare accents, cymbal splashes and various bits of rhythmic counterpoint. Joined here by his working band and vibraphonist Steve Nelson, Hayes maintains an almost telepathic rapport with the players, and it’s a kick to hear him stoking the flames behind tenorman Abraham Burton’s bluesy ramble through “Juicy Lucy” or trading eights with Nelson on the boppish “Room 608.”

Some of the album’s best playing, though, can be found on the heads, thanks to arrangements that treat the rhythm parts as though they were as integral as the melody—which, of course, they are. As such, there’s an extra dimension to the shuffle that drives “Señor Blues” and a freshness that lifts “Song For My Father”—sung soulfully by Gregory Porter— above the samba clichés too often bestowed on it.