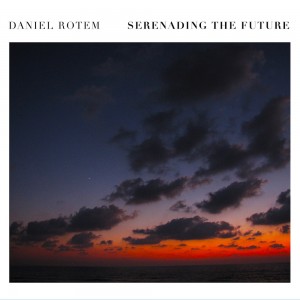 Guest soloist Jeff Parker’s guitar sets the tone for the ethereal framework and plaintive tenor saxophone melody on the opening track, “Different But The Same.” But Rotem’s group is especially adept at pushing the edges of timbre and groove. “Who Is It?” dances through playful permutations of melody and meter; the bandleader’s solo featuring his saxophone amplified by the electronic octave-synthesizer effect. It’s followed by “Between Lives,” a searching ballad in which Rotem’s altissimo lends the melody a haunting vulnerability. On “Good News,” Rotem’s octave-pedal combines with the wordless singing of guest vocalist Erin Bentlage and Atwood-Ferguson’s ambient electric violin soundscapes to great effect, creating a remarkably coherent, chilled-out atmosphere.

The album closes with the title track, bringing Bentlage back to sing in unison with Rotem’s airy, unadorned tenor saxophone. The quiet, contemplative melody harkens back to the spacious opening track, with the more conventional harmony and through-composed elements bringing a sense of resolution and peace: Rotem’s inspired romp through the changes builds into a climactic, joyful conclusion.