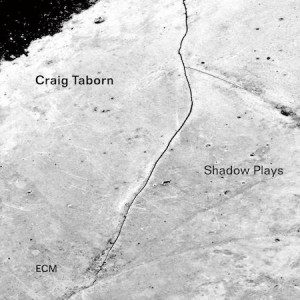 Ten years after Craig Taborn introduced Avenging Angel, the studio album that first captured the composer’s singular approach to improvised solo piano, he releases Shadow Plays. This time recorded live, in the Mozartsaal of the Vienna Concert Hall, while on tour in early 2020 for evening billed as Avenging Angel II, an extrapolation of the earlier achievement.

To hear Taborn in person is a riveting experience and, listening to the seven tracks on this new release, it’s easy to tap into the immediacy of his concert performances. Certain ideas leave a visceral impression in the ear: The high-pitched ostinato on “Birds Templar,” for instance, flutters like wings against the deep chordal movements below. The exchange of wild improvisation with snippets of contrasting swing underscores the agnosticism of “Conspiracy Of Things.” And the sweetly melodic “Now In Hope” hints at the blues and the jazz waltz without fully embracing either.

Taborn titles his improvised pieces after the fact, so he isn’t playing to a literal theme as he works on stage. Thus, if you hear fleeting dissonances juxtaposed with well-articulated arpeggiation, it’s because Taborn was responding to an inner prompt, not an outer one.

The title cut serves as the masterstroke. At more than 18 minutes, it’s the most dramatic of the collection. Here, he places brusque chords and skittering interjections alongside flowing melodies and intervallic repetition, transcending toward a cusp where these opposing impulses no longer seem to conflict. The line where shadow and light converge, Tabor seems to say, is a thin one.