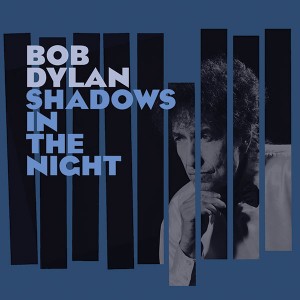 As a young man, Bob Dylan started composing idiosyncratic material because he couldn’t find traditional folk songs that conveyed what he wanted to express. Now, as an old man, he has turned to the Great American Songbook to communicate his feelings: “Autumn Leaves” “Where Are You?” and Irving Berlin’s masterpiece “What’ll I Do.” One might associate such compositions with a certain degree of theatricality—as opposed to the ostensibly autobiographical songcraft that rockers claim as currency.

Rather than hide behind layers of sonic trickery, Dylan, 73, leaves himself exposed on Shadows In The Night. When a singer sails into senior citizen status, it’s common for a producer to augment his fading instrument with the bulwark of lush orchestration, backing vocalists or sprightly duet partners. Dylan eschews all that. Teamed with his road band, he recorded relatively spare versions of 10 songs—all of which had been previously cut by Frank Sinatra—and then produced the album himself (under the pseudonym Jack Frost).

No one’s ever going to confuse Dylan with Pavarotti, but he’s in fine voice here—at least compared to the guttural growl heard in recent concerts and on his 2012 album, Tempest. The frayed quality of his vocals highlights the vulnerability and isolation of these desperate narrators.

On “Why Try To Change Me Now,” Herron crafts a dreamy, drifting melodic line as Dylan convincingly portrays a bewildered, weary character who knows that he’ll always be out of step with society’s conventions. Bravo.