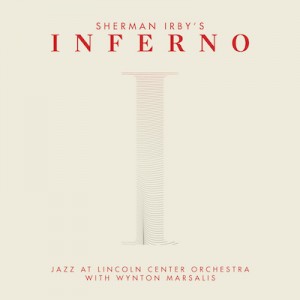 Tempting as it is to say that Sherman Irby’s Inferno sounds like hell, the fact is, it doesn’t. At least, not the sort of hell you’d expect from a horror movie soundtrack, all dark groans and screaming dissonance. Irby’s seven-part suite, recorded live in 2012, is based on the first book of Dante’s epic La Divina Commedia, and is less about conjuring fire and brimstone than conveying a sense of moral critique. But it’s also a composition in the jazz vernacular, and its need for groove and blues keeps it from sounding as convincingly representational as something like Berlioz’s Symphonie Fantastique. “Movement IV: The City Of Dis,” for example, is meant to depict the Sixth Circle of Hell, which in Dante’s imagining is full of heretics condemned to an eternity of torment. Irby’s rendering is a sinuous fantasy—what he describes as “Iranian ‘belly dancing’ music”—spiked with growling trumpets that sound more bluesy than agonized. It’s terrific as jazz, less so as a means of putting across the story. Still, it’s hard not to be seduced by “Movement I: House Of Unbelievers,” which represents Limbo, the First Circle of Hell, with a lazily relaxed groove. Moreover, the album has some gorgeous writing, including moments that serve as a commanding showcase for the mournful baritone of the late Joe Temperley.