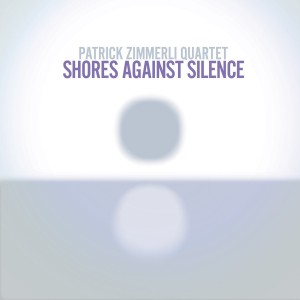 Liberated from the jazz underground where a tape of it has circulated for nearly 25 years, Patrick Zimmerli’s elegantly titled Shores Against Silence leans abstract without giving short shrift to melody.

The tracks touch on modern art, Greek mythology and psychoanalysis, and Zimmerli clearly has a penchant for the intellectual. For example, the complex “Conceptualyis” sets up cross-talk among Zimmerli, pianist Kevin Hays and drummer Tom Rainey and aims to incorporate “20th-century techniques into improvised music,” Zimmerli writes in his liner notes.

The rhythmic welter underlying these pieces suggests Zimmerli and his crew, which also included bassist Larry Grenadier and, on the unusually lyrical “Three Dreams Of Repose,” percussionist Satoshi Takeishi, rehearsed them to a fine point. Yet they don’t feel studied. Zimmerli, in particular, is a player of varying tone and attack, sinuous on “Three Dreams” and aggressive on the urgent “Hephaestus.” Hays, too, spans the delicate and the powerful.