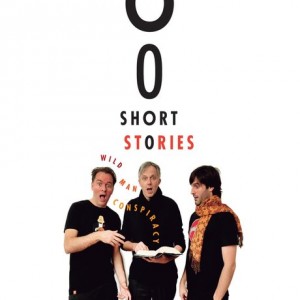 Wild Man Conspiracy is an agile trio of musicians who are well known on the Dutch improv scene: Gerard Kleijn (trumpet, keyboards, laptop), Guillermo Celano (guitar) and Joost Kesselaar (drums). WMC’s sophomore album, Short Stories, includes five original compositions and three improvisations, and all the material reflects an artistic approach that emphasizes the importance of the collective over individual contributions. Kleijn’s trumpet work occasionally has a Miles Davis feel, but the band is clearly centered in the present, as evidenced by the use of digital effects on a song like “Drones,” which was inspired by the unmanned aircraft of that name, but which also has a bit of a musical drone, establishing a mood that’s unsettling yet intriguing. Celano’s “Gollem II” has an arrangement with lots of space between the individual instruments, allowing listeners to revel in details such as the gnarly distorted guitar and Kleijn’s clarion tone on trumpet. The band renders a gorgeous melody in its interpretation of the traditional tune “Lili Marleen,” and its version of The Beatles’ “And I Love Her” is a great example of crafting a rendition that judiciously incorporates significant elements of the original arrangement while simultaneously taking the listener somewhere completely new.