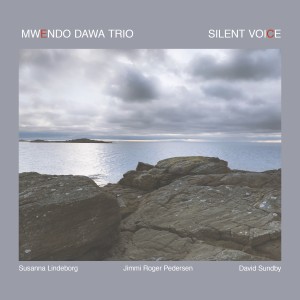 The endless terrain any good piece of music can summon in the mind’s eye seems easily traversed by this sonically expansive Swedish troupe.

Since debuting in 1979 with Basic Line, Mwendo Dawa’s issued more than a dozen albums. But Silent Voice is the band’s first release since the death of saxophonist Ove Johansson (1936-2015), who founded the group with pianist Susanna Lindeborg. He, presumably, is the voice that’s been silenced, even as four of his compositions appear among the spate of original tunes.

“The first year after Ove passed away—2016—was more or less a period to mourn, and to think about the musical future. There were some concerts we did as a trio,” Lindeborg wrote in an email about dealing with the loss and paring down the lineup. “After this, we decided that our musical world and ideas were still in development. So, the trio wanted to continue its journey. ... So, we wanted this CD to be a tribute to Ove and all the inspiration he has given us.”

Along with bassist Jimmi Roger Pedersen and drummer David Sundby, Lindeborg pushes through electro-acoustic maneuvers that might be aural representations of anything from a treacherous mountain pass to some pastoral setting, a stream calmly running through it.

“Bass Nagging,” the disc’s second track, is all rumbling and electronic filigree, Lindeborg’s chording adding menacing profundity. “Hesitation,” as its name would suggest, seems to have trouble getting started. But as the trio searches for something thematic to grasp at, the open spaces—occasionally filled by electronic bleeps and gurgles—offer an intimate glimpse into the working relationship of these performers. And the following “Inside” turns up fiery results amid a similar gambit.

The Swahili phrase “mwendo dawa” translates to “the way to a special goal,” and listeners might easily be carried along that path, while being inspired to explore the band’s hefty catalog.