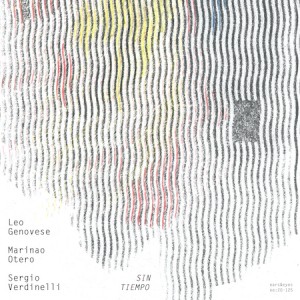 Since moving from his native Argentina to the States to study in 2001, keyboardist Leo Genovese has been an inveterate collaborator, most famously working in a band led by bassist Esperanza Spalding, while also working with the likes of Tom Rainey, Oscar Feldman and Jason Palmer. He’s made a couple of recordings as a leader, too. But this new trio grouping with bassist Mariano Otero and drummer Sergio Verdinelli—old chums from his homeland who’ve played with major South American pop-rock stars in addition to extensive work in jazz—is firmly in the collective mode. Otero wrote all but two of the compositions here, but the real focus is the finely tuned rapport among the players, who routinely ratchet up and resolve tension like it’s the most enjoyable gambit possible.

On Genovese’s “Blues,” the trio plays with rhythm like a cat does a helpless mouse. Over a sleek yet herky-jerk groove—with a walking bass line quickly morphing into a shadow rhythm to the fractured swing of the drums—Genovese unspools an infectious soul-jazz feel. “3 Grooves,” one of several performances spiked by the pianist’s Monk-ish stabs, almost feels like a video game, with new settings emerging as if they were on a conveyor belt, forcing the musicians to adapt. The impressionistic exploration of “El Mar” might seem like a Debussy homage, but as the piece develops, it cuts off abruptly—intentionally—as if the tape ran out, generating a different kind of tension. The entire session conveys an attractive looseness in which even the most elegant themes are grist for the improvisational mill. There’s a trust and conviviality here that allows the musicians to pull against the grain, alter the rhythmic thrust and snap back into place.