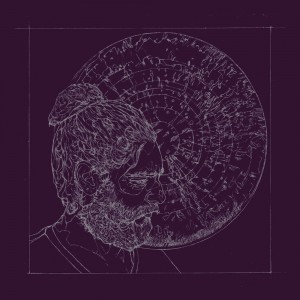 Zurich-born percussionist Nicolas Stocker isn’t necessarily well-known to American jazz audiences, but he’s a rising star in Europe, having recently joined Swiss pianist Nik Bärtsch’s Mobile ensemble. With SOLO, Stocker debuts as a leader of one, five tracks recorded with no overdubs on a drum set enhanced by gongs and carefully tuned woodblocks.

“Bells For Pony, Prelude,” “Bells For No One” and “Bells For Pony, Postlude” each offer myriad textures and overtones, brushing and vibrating in a timeless gambol, with the lower fundamentals powerful enough to make one’s heart tremor. “Burst” is a brisk gallop on muted gongs that gives way to a building avalanche of cymbal wash, transferring to deep toms that tumble over one another, à la Japanese taiko drumming.

The signature track here, “Polyrub,” is a doctoral thesis-worthy demonstration of polyrhythm during which Stocker makes the impossible possible by simultaneously achieving with his four limbs groupings of five, seven, three, and perhaps all other prime numbers. The nearly 17-minute piece starts with a single ostinato, gradually integrating additional grooves that interlock and swirl around each other like an automated Rubik’s Cube trying to solve itself, even as it adds layer upon layer of color. Stocker introduces an element of surprise in the form of what sounds like a house beat, displaying an ability to create electronic music via acoustic means.

Listening to SOLO requires some patience, though: The pieces all are unhurried and purposefully recurrent. Yet, Stocker manages to create genuine drama in the gradual unfolding of his plot, and the payoff is in our dawning awareness of it.