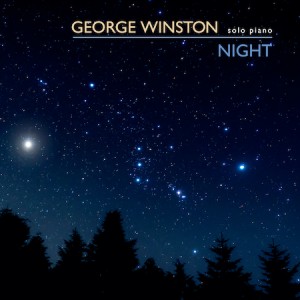 Despite the veteran Santa Cruz pianist George Winston’s enthusiasm for Fats Waller, Professor Longhair, Hawaiian guitar and Applalachian fiddle tunes, and his often wise choice of material, this solo piano album doesn’t deliver the promising interpretations that might have been expected. Instead, Winston seems bent on sapping this selection, whether his originals, or works by Allen Toussaint, Leonard Cohen and a clutch of island folk songs, diluting the essence of strong styles into a decelerated, overly spacious, near-New Age set of absent-minded diversions.

Winston’s piano sound is unusual, so close-miked, cranky and reverb-soaked that he sounds like he’s playing an old upright in a deserted wooden-beamed church. This idiosyncratic sound is one of the album’s successes. Winston removes the distinctive elements that originally attracted listeners to the above-mentioned musical styles, reducing them to dry skeletons. Yes, he leaves spaces, and savors the action of his keys, sometimes prepared by inserting his hand inside the piano, but Winston sounds tired rather than minimalist, lackluster rather than deliberately calming. Cohen’s “Hallelujah” was already flogged remorselessly years ago, and the Hawaiian guitar numbers don’t sound remotely Hawaiian. Nor does the Okinawan sanshin player Shoukichi Kina’s “Hana” sound anything close to his own springing, joyful nature. A trembling reverb hangs over Winston’s prettified, snail-paced explorations, but his tendency towards lyrical blandness sabotages his own fine music repertoire taste.