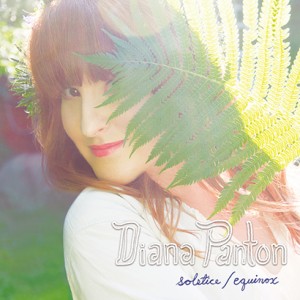 Pairing a gifted vocalist with a program of timeless standards is a surefire recipe for a strong album, but those types of projects truly soar only when the arrangements and accompaniment are top-notch. Such is the case with vocalist Diana Panton’s Solstice/Equinox. Her vocal style combines a light, buoyant lilt with immaculate phrasing, an authoritative delivery and a convincing ability to portray the emotions of the lyrics’ protagonists. Those qualities helped Panton—a native of Hamilton, Ontario—win a 2015 Juno award in the vocal jazz album category for her release Red. On Solstice/Equinox, the singer once again teams with longtime collaborators Don Thompson (bass, piano, vibraphone) and Reg Schwager (guitar), two brilliant musicians who worked with the late pianist George Shearing (1919–2011). Panton’s other bandmates here are Phil Dwyer, who contributes elegant alto saxophone work on “They Say It’s Spring,” and trumpeter/cornetist Guido Basso, who adds lovely flugelhorn lines on “I Like Snow.” Thompson arranged all the material in the 13-song program, including “That Sunday, That Summer” and “September In The Rain,” which have arrangements credited to Thompson and Shearing. The 65-minute album is thematically cohesive, with songs that nod to romance and the changing of the seasons, including “Up Jumped Spring,” “’Tis Autumn” and “Septembre” (one of two tunes Panton sings in French). Canadian jazz fans have long embraced Panton’s work, and with a recent tour that had stops in China and Japan, the rest of the world is getting to know this gifted artist. (Panton will perform at McMaster University’s LIVELab in Hamilton, Ontario, on May 5.)