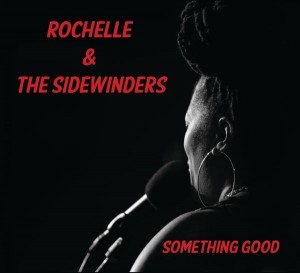 When Rochelle & The Sidewinders went into the studio to record their second album, Something Good, they faced a dilemma that’s common for an immensely talented, hard-working bar band: How could they capture the energy and excitement of their sweat-soaked concerts? The answer was to avoid extraneous production frills and to showcase the array of retro styles that has helped the group become a fan favorite in Austin, Texas. On the tune “Party Time,” when lead singer Rochelle Creone entreats the listener to “move your body to this groove,” longtime fans can visualize the band onstage at Austin’s One-2-One Bar or another one of the numerous Texas venues where the band plies its trade.

Each song on this 19-track effort, which clocks in at nearly 74 minutes, either was solely composed by guitarist Tom Coplen or co-written by him and Creone, who are steeped in the sounds of rock, blues, r&b, soul and funk from the 1950s to the ’70s. The tunesmiths aren’t aiming to reinvent the wheel here, crafting new yet familiar-sounding tunes with self-descriptive titles, such as “Dr. Groove,” “Raggedy Ann Stomp,” “I’d Be So Blue” and “Blues For The Night.”

Blessed with an impressive vocal range, Creone consistently belts with authority, whether she’s gracefully gliding into her upper register or dropping down to a growl. Coplen uses his six-string toolkit to add staccato, funk-flavored riffs to “Pressure Cooker,” a wah-wah pedal to “Make It Right” and a bottleneck slide to “I’m On My Way.” The quintet’s saxophonist and keyboardist, Jim Trimmier, adds hefty slabs of tenor sax to “Good Love” and “Treat Me The Way You Do.” The band’s conviction and Creone’s charisma can salvage even the most pedestrian material.

As entertaining as Something Good is, one can’t help but acknowledge that this is communal music, intended to keep a crowd high-fiving and dancing—activities that often have been in short supply during the pandemic. Still, this program of sturdy roots music could be a great soundtrack for a small family gathering or even a solo dance session.