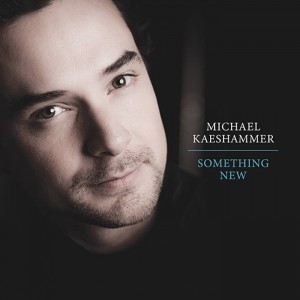 Michael Kaeshammer is the type of photogenic, multitalented artist who, a couple of generations ago, might have been tapped to host a variety TV show in the United States.

A native of Germany now based in Canada, Kaeshammer is a powerful vocalist, a terrific pianist and an excellent composer. He’s also a gracious bandleader who’s eager to share the spotlight with his gifted collaborators, as he does repeatedly and to great effect on his 12th album, Something New. There’s an infectious undercurrent of Crescent City flair here, which is to be expected on an uplifting album that partially was recorded in New Orleans and whose personnel includes such NOLA luminaries as bassist George Porter Jr. and drummer Johnny Vidacovich. Neville Brothers member Cyril Neville also makes an appearance, offering compelling lead vocals on the ballad “Heaven And Earth.” Elsewhere, Curtis Salgado’s lead vocals and harmonica pack a punch on the rousing “Do You Believe?” Bria Skonberg shows her tender side with some poignant, muted-trumpet work that adds even more sizzle to the heat generated by Kaeshammer’s sly vocals on the amorous “Forbidden Love.” Each guest spot on this album enhances the track’s overall arrangement, and none of them feel gimmicky.

The album concludes with a couple of instrumental numbers, highlighting Kaeshammer’s elegant pianism: A rendition of “Sweet Georgia Brown” (the only non-original number in the 11-track program) showcases his fleet, fluid chops, while the gorgeous, slow tune “Weimar” feels like the perfect soundtrack accompaniment for the closing credits of a tearjerker.