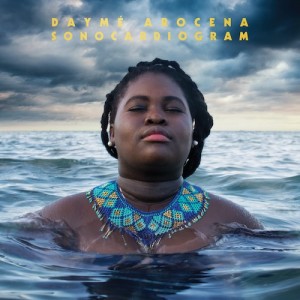 When Stan Kenton and Dizzy Gillespie began importing Afro-Cuban ideas into their music during the 1950s, they took care to balance Caribbean authenticity with Yankee expectations. In those days, it was easy, and for millions of Americans, Fulgencio Batista’s island was a trouble-free vacation stop.

Today, after 60 years of political isolation, Cuba seems farther away. Many of the cultural imports we’ve enjoyed have come as smuggled contraband or refugee endowment, and for the most part, they’ve found their place in the American mainstream.

Dayme Arocena’s Sonocardiogram might not have quite as easy a ride. The title, we’re told, mimics the rhythms of the medical procedure—a stretch as long as it is irrelevant. More to the point, her music exudes an earthy authenticity, rich in Cuban spiritual life and local cultural references, few that Americans will be familiar with. And because it’s nearly all in Spanish, some will listen from the outside as strangers; it’s like watching a foreign film without subtitles. The program is structured as three separate suites, but any thematic linkages are written in invisible ink.

If you sense a language of religious ritual, your instincts are pretty good. Santeria, a faith rooted in West African deities and developed in Catholic Cuba, is on the agenda. Arocena offers polish and sophistication, moving easily between stately choral formality and lightly seductive intimacy. Going full throttle, she projects a gospel power that’s led to comparisons with Aretha Franklin. A bit premature, but I get it.